This is part of a series of articles in which I contribute to uniting our world by showing off a part of my own. A while back, I proposed writing articles to bring people together by showing us something special about your world that you want to share.

Today’s topic: the joys of taking in a baseball game.

One of my favorite activities is to take in a ballgame. It relaxes me, it’s fun (although I understand why a lot of people find baseball to be boring), and (for those of us who do “get” baseball) it can be mentally stimulating. I’m one of the people that you’ll see keeping score at a ballgame. People who find baseball to be boring often don’t understand that baseball is actually a chess match — the managers are making moves based on probability, and certain strategies are employed based on certain situations (e.g. what kind of pitch to throw, whether or not to steal a base, substituting a player, and so on). I’ve had a lifelong love affair with baseball, going all the way back to my early teens, and I will take in a ballgame whenever I have a chance to do so. I’ve even been known to schedule vacations around Major League Baseball schedules. I even wrote a previous article in which I talk about the ballparks and arenas that I’ve visited.

With that, there are things that I make sure I do whenever I visit a ballpark. Every ballpark is an experience, and with the number of different stadia around the country, each experience will be different.

If you are as big of a baseball fan as I am (or even if you’re not), and if you like to travel, make sure you take in a ballgame. It will enhance your travel experience so much more! 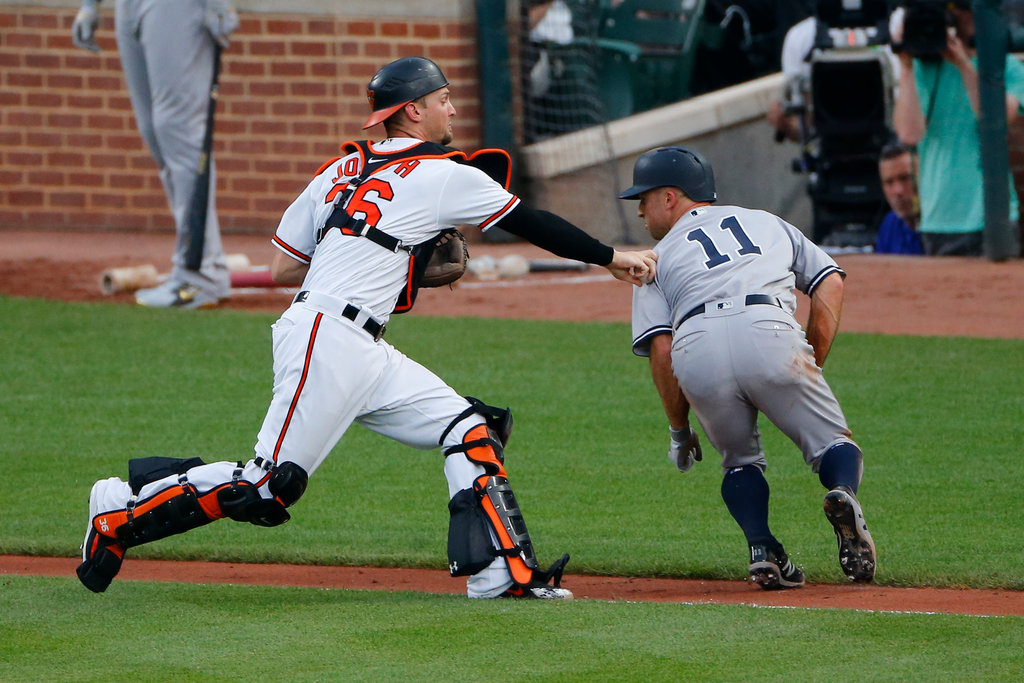 Edit: This is the first of a series of articles (I hope!) in which I’m trying to teach myself about BI.  Any articles I write that are related to this, starting with this one, will be preceded with “#BI101” in the title.

As I stated in a previous article, one topic about which I’m interested in learning more is business intelligence (BI).  For those of you who are new to BI, it is a broad topic.  In a nutshell, it can probably be described as “consuming and interpreting data so it can be used for business decisions and/or applications.”

I’ll admit that I don’t know a lot about BI (at least the fine details, anyway).  I did work a previous job where I touched upon it; I was tasked with performing some data analysis, and I was introduced to concepts such as OLAP cubes and pivot tables.  I’ve gotten better at creating pivot tables — I’ve done a few of them using MS Excel — but I’ll admit that I’m still not completely comfortable with building cubes.  I suppose that’ll come as I delve further into this.

A while back, my friend, Paresh Motiwala, suggested that I submit a presentation for Boston SQL Saturday BI edition.  At the time, I said to him, “the only thing I know about BI is how to spell it!”  He said to me (something like), “hey, you know how to spell SQL, don’t you?”  Looking back at the link, I might have been able to submit (I didn’t realize, at the time, that they were running a professional development track).  That said, Paresh did indeed had a point.  As I often tell people, I am not necessarily a SQL expert — I know enough SQL to be dangerous — nevertheless, that does not stop me from applying to speak at SQL Saturday.  Likewise, as I dive further into this topic, I’m finding that I probably know more about BI than I’ve led myself to believe.  Still, there is always room for improvement.

To tackle this endeavor, once again, I decided to jump into this using a subject that I enjoy profusely: baseball.  Baseball is my favorite sport, and it is a great source of data for stat-heads, mathematicians, and data geeks.  I’ve always been of the opinion that if I’m going to learn something new, I should make it fun!

Besides, the use of statistical analysis in baseball has exploded.  Baseball analytics is a big deal, ever since Bill James introduced sabermetrics (there is some debate as to whether James has enhanced or ruined baseball).  So what better way to introduce myself to BI concepts?

For starters, I came across some articles (listed below, for my own reference as much as anything else):

I also posted a related question in the SSC forums.  We’ll see what kind of responses (if any) I get to my query.

Let’s start with the basics — what is BI?

Since I’m using baseball to drive this concept, let’s use a baseball example to illustrate this.

Let’s say you’re (NY Yankees manager) Aaron Boone.  You’re down by a run with two outs in the bottom of the 9th.  You have Brett Gardner on first, Aaron Judge at bat, and you’re facing Craig Kimbrel on the mound.

What do you do?  How does BI come into play here?

Let’s talk a little about what BI is.  You have all these statistics available — Judge’s batting average, Kimbrel’s earned run average, Gardner’s stolen base percentage, and so on.  In years BS — “before sabermetrics” — a manager likely would have “gone with his gut,” decided that Judge is your best bet to hit the game-winning home run, and let him swing away.  But is this the best decision to make?

Let’s put this another way.  You have a plethora of data available at your fingertips.  BI represents the ability to analyze all this data and provide information that allows you to make a good decision.

If Aaron Boone (theoretically) had this data available at his fingertips (to my knowledge, Major League Baseball bans the use of electronic devices in the dugout during games), he could use the data to consider Kimbrel’s pitching tendencies, Judge’s career numbers against Kimbrel, and so on.  BI enables Boone to make the best possible decision based upon the information he has at hand.

I do want to make one important distinction.  In the above paragraphs, I used the words data and information.  These two words are not interchangeable.  Data refers to the raw numbers that are generated by the players.  Information refers to the interpretation of that data.  Therein lies the heart of what BI is — it is the process of generating information based upon data.

What’s there to know about BI?

I’ve already mentioned some buzzwords, including OLAP, cubes, and pivot tables.  That’s just scratching the surface.  There’s also KPIs, reporting services, decision support systems, data mining, data warehousing, and a number of others that I haven’t thought of at this point (if you have any suggestions, please feel free to add them in the comments section below).  Other than including the Wikipedia definition links, I won’t delve too deeply into them now, especially when I’m trying to learn about these myself.

So why bother learning about BI?

I have my reasons for learning more about BI.  Among other things…

So, hopefully, this article makes a good introduction (for both you and myself) for talking about BI.  I’ll try to write more as I learn new things.  We’ll see where this journey goes, and I hope you enjoy coming along for the ride.